What is the recycling separation method?

Long preparative columns are expensive, as such there is a need to use comparatively lower cost short columns effectively.
In the recycling separation method (closed valve recycling), the eluate liquid containing the target components that has eluted from the separation column is recycled into the column, enabling an equivalent separation capacity to that of a longer column. 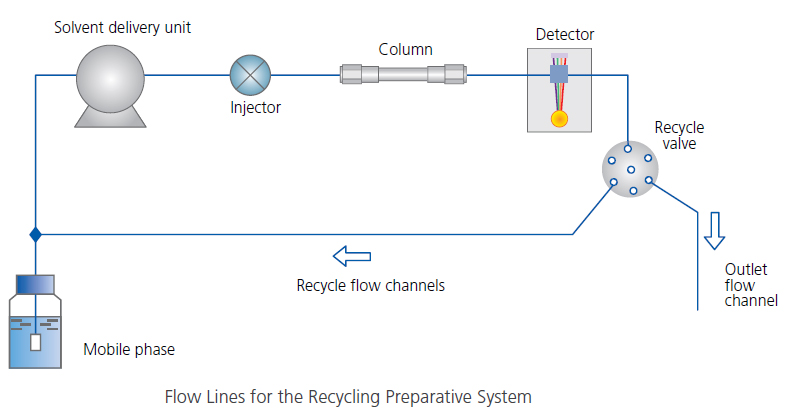 The figure below shows the results of a seven-cycle recycling separation. In the first injection (typical separation), the separation of the two components is insufficient (red area). However, when the column eluate is returned to the column from the detector, it is separated a second time. If this recycling is repeated, the results obtained are equivalent to connecting a number of columns in series corresponding to the number of repetitions. In this example, a 4.0 or better resolution was ultimately obtained with seven recycling separation cycles (blue area).

The graphical user interface (GUI) provides an environment where even novices to preparative recycling can perform operations simply and reliably. A single main window is used for the workflow from recycling to fractionation, thus reducing the risk of wasting precious samples through setting mistakes. 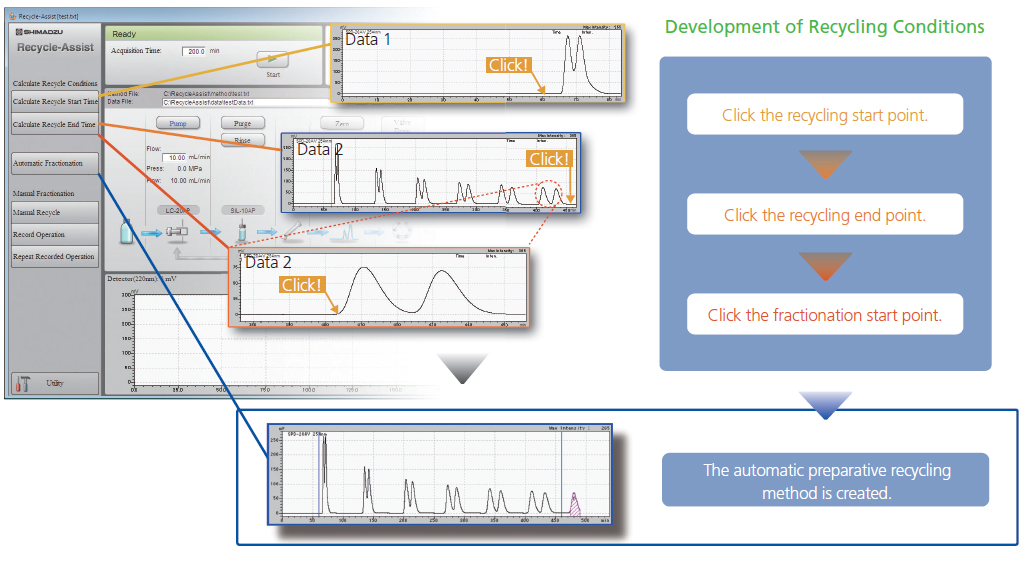 * This is compatible with the FRC-10A