GC×GC chromatography employs a pair of GC columns (generally, nonpolar and polar columns) connected in series through a modulator*. Effluent from the first column is trapped in the modulator for a fixed period of time (modulation time) before being focused and injected into the second column . The chromatograms obtained through repeated trapping and injection is rendered in two dimensions using specialized software*. This result in a two-dimensional chromatogram with the boiling point and polarity on the respective axes. 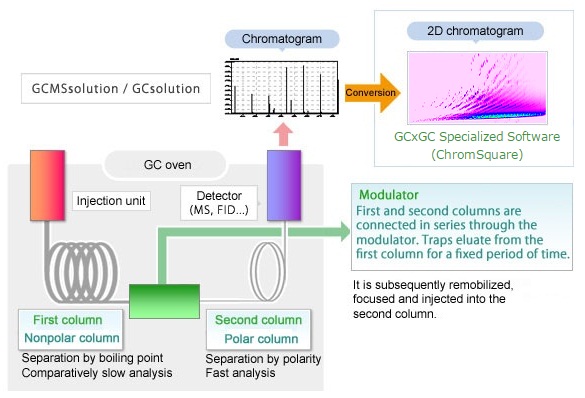